About the Lake Region 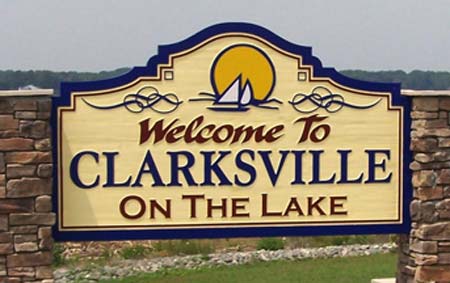 The natural beauty of this region has drawn people for centuries. Originally, the Lake Region was home to the Occoneechee tribe of Native Americans, and the site of a major trade path connecting the east coast to the interior of North America. While the Occoneechee were attacked and driven off the land in 1676 by British forces led by Nathaniel Bacon, the area would became a significant site for trade site again.

Settlers soon populated the Lake Region because it offered the perfect climate and soil for growing Virginia’s most important cash crop: tobacco. Throughout the 1700s, the region grew as farmers, laborers and merchants responded to the demand for tobacco.

That demand was so great that by the early 19th century, Clarksville was recognized as one of the fastest growing towns in Virginia. Initially, the main way of transporting the crop was on the Roanoke River, which would later be dammed and flooded to create Lake Kerr, but by the mid-1800s, the river had been supplanted by the Roanoke Valley Railroad.

The railroad allowed the tobacco industry to grow even more. By 1848, the Lake Region was known as a major great tobacco-manufacturing center as well as a large leaf-tobacco market. Products such as snuff, pipe tobacco, chaw and cigars flew out of the region in such large quantities that Clarksville alone produced more manufactured tobacco than any other establishment in Virginia or North Carolina. Even now, Clarksville is home to the oldest continuous tobacco market in the world.

In the mid-20th century, the Lake Region would gain its eponymous lake. The Army Corps of Engineers actually created Kerr Lake, by building a 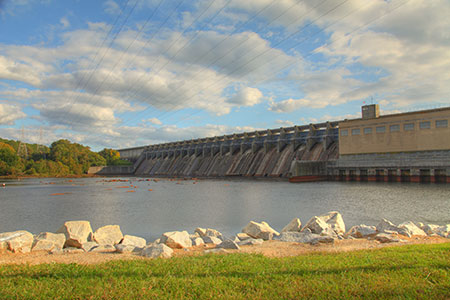 dam on the Roanoke River to provide flood regulation and hydroelectric power. In 1952,the John H. Kerr Dam was completed, and in 1953, the Corps of Engineers flooded the area around the dam, creating the amazing 50,000-acre lake that’s known as Kerr Lake or Buggs Island Lake, after the family who owned the land prior to its flooding.

Just upstream from the current John H. Kerr Dam, and still visible from the viewing platform below the dam at Tailrace park, lies Buggs Island, named for Samuel Bugg, an early settler. During dam construction from 1946-1952, the dam was called the “Buggs Island Reservoir”. However, officially the lake is named John H. Kerr Reservoir for the U.S. Senator from North Carolina, a prominent supporter of the project. North Carolinian’s know this body of water as Kerr (“Karr”) lake. Call it what you like, we simply like to call it paradise!

Today, Kerr Lake forms the centerpiece of a region that offers hundreds of recreational events every year, as well as a great environment to start a business, start a family or retire. The Lake Region offers the ease and grace of small-town life with major urban centers such as Richmond, Raleigh and Washington DC just hours away.

PROUD to be at the HEART of the